When it comes to portable storage solutions, portable SSDs (Solid-State Drives) have several advantages both over external HDDs (Hard Disk Drives) as well as over any standard USB Flash Drive. Most noticeably, their biggest advantage is undoubtedly their data transfer speeds, and that goes both for reading and writing data. Essentially, in comparison to HDDs and USB Flash drives, SSDs are capable of writing data up to 10 times faster and reading data up to 20 times faster. In sum, having a portable SSD as your go-to portable storage solution can ultimately save you many hours when it comes to transferring data both to and from your personal data-storage device. So, if you’re looking for a portable storage solution that not only is built to last, but also fast and reliable when transferring data, the OWC Envoy Pro SX is a great choice to go with.

The OWC Envoy Pro SX is an extremely rugged portable SSD that’s Bus-Powered via Thunderbolt, featuring sequential reading and writing speeds up to 2847 MB/s, Thunderbolt (USB-C) Connectivity that makes it compatible with both Thunderbolt and USB4 equipped computers, and compatibility with both Windows and macOS, while also supporting Booting for the latter.

Designed for modern computers, this Thunderbolt Bus-Powered portable SSD is powered by OWC’s proprietary advanced Aura Pro SSD storage technology. This is what powers up this SSD’s Thunderbolt Connectivity, which ultimately makes it capable of delivering the fastest and most reliable performance available in a portable drive. Thanks to that, you’ll be able to transfer multiple gigabytes of data in just a few seconds, anywhere and at any time.

No matter if you’re working at the office or even while you’re on-the-go, the OWC Envoy Pro SX is extremely versatile when it comes to transferring data from or to your main device, which ultimately makes it suitable for transferring standard data such as audio and images (including high-quality photos) or even video, as well as suitable for gaming.

Last but not least, on top of its Thunderbolt Connectivity. this Thunderbolt Bus-Powered portable SSD also features TRIM support, as well as support to booting for macOS, and also support to both macOS and Windows built-in encryption for keeping all of your data well-protected.

Now, let’s have a more detailed look at this Thunderbolt Bus-Powered portable SSD and check out everything that it has to offer you.

Starting with the device’s size, the OWC Envoy Pro SX comes at a reasonably compact size, measuring just 4.5 inches long by 2.8 inches wide by 0.6 inches thick (11.4 x 7.0 x 1.6 cm). Not only is this portable SSD quite compact, but the device is also very lightweight, weighing just 7.9 oz. (224 g), or ultimately 10.4 oz (259.0 g) (when transported together with its included Thunderbolt Connection Cable). 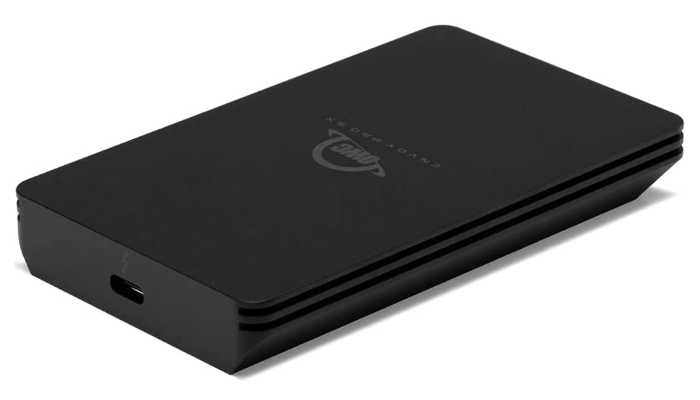 When it comes to its design, this Thunderbolt Bus-Powered portable SSD also features a simple and minimalist design throughout its full Matte Black aluminum body, which basically gives it a stylish and discrete, yet still very professional look. 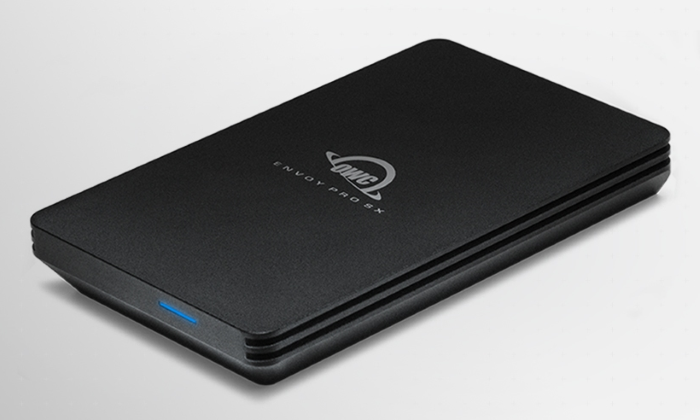 Then, regarding its construction, the OWC Envoy Pro SX’s chassis is fully made of a high-quality aluminum, which ultimately certifies this SSD as Drop-Proof (for heights up to 4 ft.), as well as both Dustproof and Water-Resistant (when submerged for up to 30 minutes of time under 3.28 ft. / 1 m underwater). 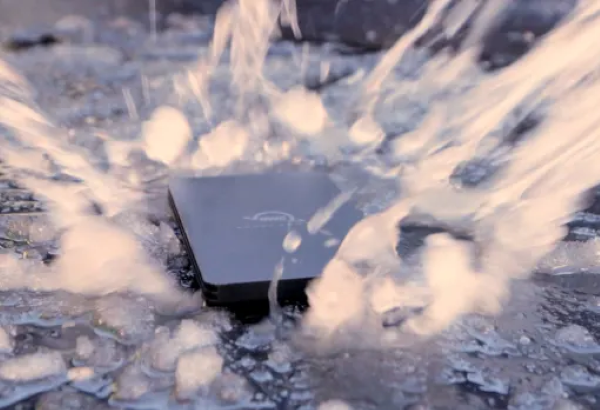 Thanks to it’s ultra-durable construction, you don’t really have to worry about any “office-whoopsie”, such as spilling your coffee cup on this SSD, for example. 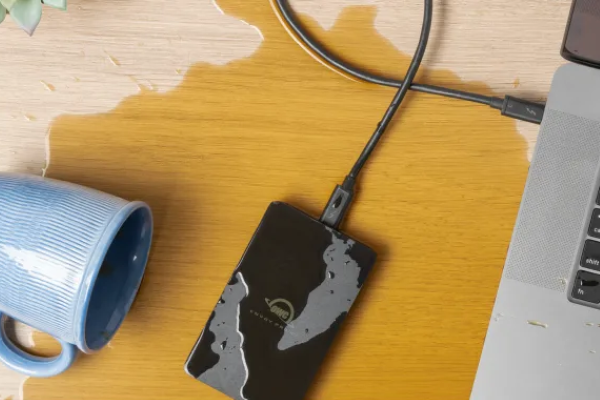 What’s more is that the device also comes equipped with Non-Skid Rubber Feet, which prevent this portable SSD from sliding around your work surface, ultimately ensuring that the SSD stays in place at all times, no matter how smooth that surface might be (say… a polished desk surface or something similar). 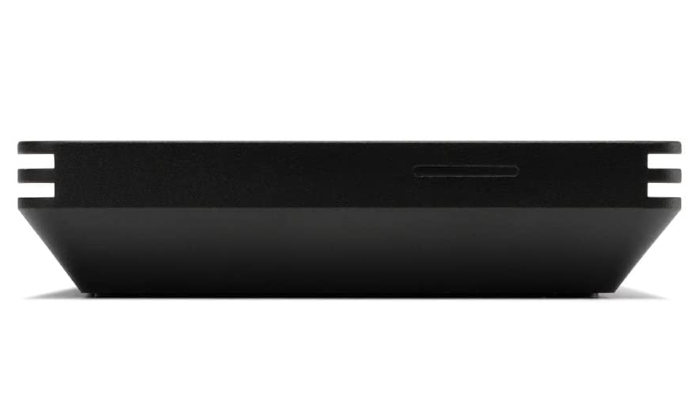 It’s also worth noting that while this portable SSD features a Fan-less internal design, its full-aluminum housing basically gives it a very reliable heat sink for a highly effective heat dissipation.

This way, you get the best of both worlds, meaning an SSD that doesn’t overheat and that features a fairly silent operation, with the OWC Envoy Pro SX barely making any noise while connected to your main device. That makes this SSD perfect for anyone that’s looking to transfer data while trying to keep their work environment silent.

Finally, for its storage-capacity, know that there are four (x4) different models available: 240GB (which is ok’ish), 480GB (which is what we’ve got as our review-unit), 1.0TB-capacity (reasonable, especially given their price for this model), and 2.0TBs (which is great for anyone who really needs a large amount of storage-capacity).

Moving on to the device’s interface. As said earlier, the OWC Envoy Pro SX is a Thunderbolt Bus-Powered portable SSD, and as such, it features a Thunderbolt 3 (USB-C) Connection Port at its front-side. 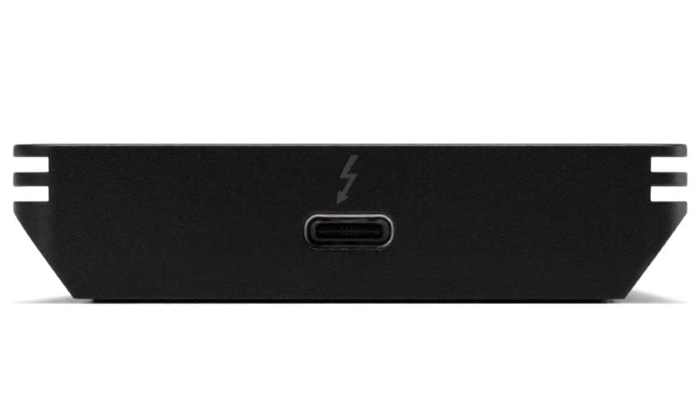 Last but not least, at the back-side of the device, there’s also a Status LED that informs users about the SSD’s power status and activity status. 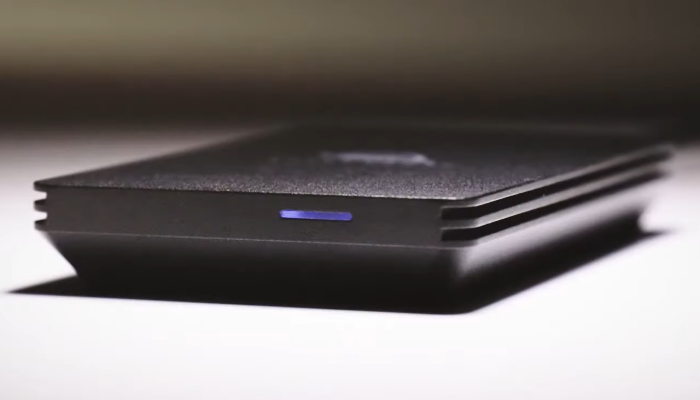 It’s also worth mentioning that this Thunderbolt Bus-Powered SSD also comes with a Detachable Thunderbolt Connection Cable included in its package, which can be used to connect the device into any Thunderbolt-enabled / USB4-enabled (as well as any USB-C enabled) Windows PCs or Macs. 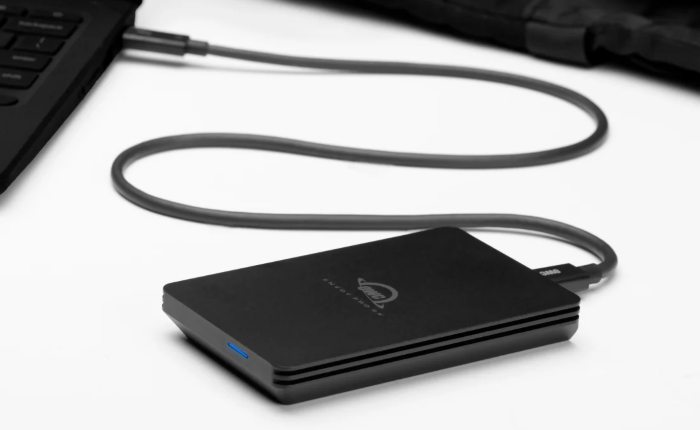 However, keep in mind that while Thunderbolt 3 Connection Cables do use a USB-C connector, not all computers / laptops that are equipped with USB-C ports will feature support to Thunderbolt 3 and/or USB4. That said, it’s important that you make sure your computer’s (or laptop’s) USB-C ports do in fact support Thunderbolt 3 before attempting to connect this Thunderbolt Bus-Powered SSD to your main device. 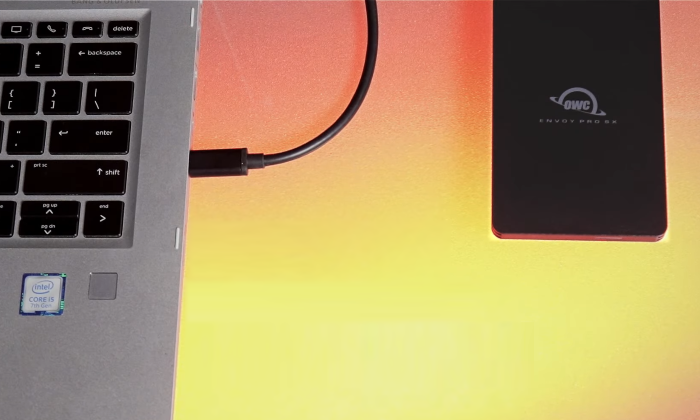 This innovative storage technology ultimately allows this Thunderbolt Bus-Powered SSD to deliver a very fast and extremely reliable performance, meaning that you can transfer multiple gigabytes of data in just a few seconds, anywhere and at any time.

Now, when it comes to this SSD’s data transfer speeds, know that the SSD’s Thunderbolt Connectivity (Thunderbolt 3 / USB4) can reach a maximum data transfer rate of up to 40Gb/s (i.e. 5000 MB/s) for its sequential reading OR writing speeds when working at max performance. That would specifically be when doing ONLY only one type of transfer (either reading or writing). 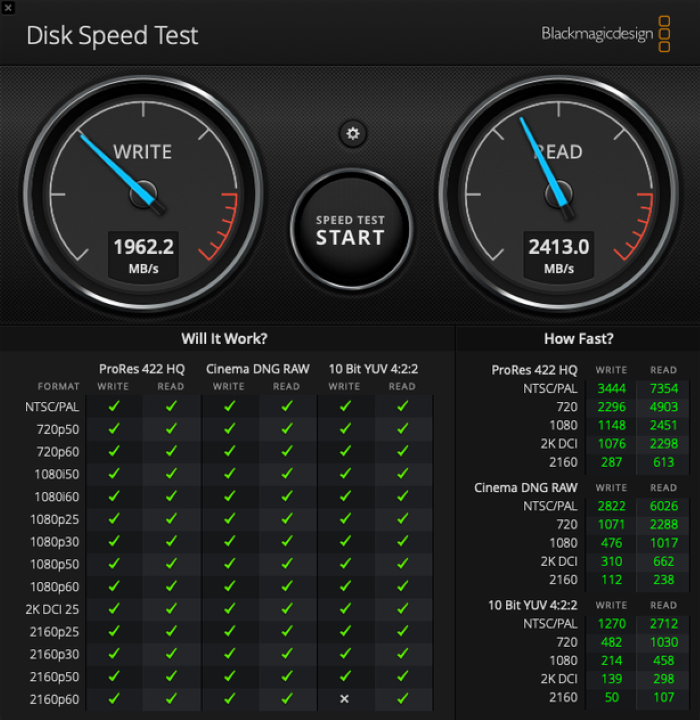 It’s important to note that this SSD seems to prioritize reading operations over writing operations when performing both types of data transfers.

You should also keep in mind that while the SSD comes formatted to exFAT by default (which is how you should have it configured when using it for a Windows PC), you should definitely consider formatting the device to APFS format (i.e. Apple File System) if you’re looking to use it for a macOS computer or laptop, as that will allow the SSD to perform much better on the latter OS.

It’s also also worth mentioning that its Thunderbolt Connectivity also features TRIM support, and this is a command used by your OS (operating system) that allows it to know precisely which data blocks are no longer needed and can be deleted, or are marked as free for rewriting. In other words, this TRIM Command helps your OS to know precisely where the data that you want to move or delete is stored.

To put it simply, thanks to the SSD’s TRIM support, you’re way less likely to run into corrupted files/data, and that goes especially for long file transfers, meaning when you’re looking to transfer large amounts of data.

Last of all, when it comes to this SSD’s compatibility, know that the Envoy Pro SX is compatible with both Windows PCs (Windows 10 or later) as well as with macOS (macOS 10.13 or later).

Specifically for macOS, this SSD can also supports booting, meaning that the SSD will work as a portable secondary Bootable solution (i.e. a portable OS Boot Drive). As more experienced Windows users are probably are, this won’t work with Windows OS, so keep that in mind.

One last great feature about this Thunderbolt Bus-Powered portable SSD is that the OWC Envoy Pro SX is also fully compatible with both macOS and Windows built-in encryption. Thanks to that, you’ll also be able to add password security to all of your stored data when using this SSD. 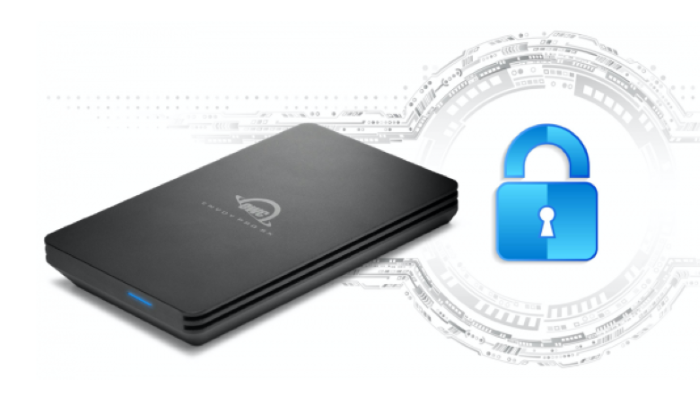 The OWC Envoy Pro SX is an extremely rugged portable SSD that’s Bus-Powered via Thunderbolt, featuring sequential reading and writing speeds up to 2847 MB/s, Thunderbolt (USB-C) Connectivity that makes it compatible with both Thunderbolt and USB4 equipped computers, and compatibility with both Windows and macOS, while also supporting Booting for the latter.

Having its Thunderbolt Connectivity powered by OWC’s advanced Aura Pro SSD storage technology, this Thunderbolt Bus-Powered portable SSD is guaranteed to offer you a very reliable and fairly fast performance for transfering any sort of data. 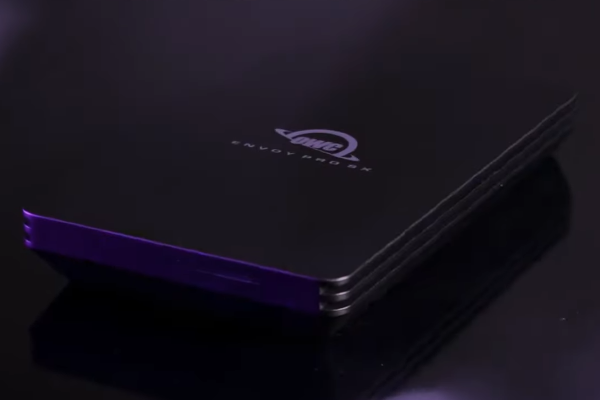 Not only that, but since it also features TRIM support, as well as support to booting for macOS, and also support to both macOS and Windows built-in encryption, this SSD is perfect for pretty much any digital task, whether you’re simply looking for a viable portable storage solution for storing or backing-up all of your important data, or even for high-end tasks such as gaming or video-editing.

If you’re interested in buying it, know that the 240GB model goes for just $179, and the 480GB for just $229, while the 1.0TB is priced at $299 (and this is probably the company’s best-value purchase option), and the 2.0TB is priced at $499. Each purchase also comes accompanied by a 3-Year Limited Warranty. You can order yours online right now, directly from OWC’s official shopping page.