The Road of Tyler, the Creator Becoming Famous

We don’t often have the chance to see an energetic hip-hop performer like Tyler, the Creator, who had the quality to become extremely famous extremely fast.

Of course, in the eyes of the performer, things are never so easy, meaning that only he knows the challenges along the way. Nevertheless, he succeeded in becoming one of the most famous performers worldwide, so it’s not a surprise that thousands of people attend Tyler the Creator events at any venue.

Therefore, we will try to see the main points of the road to success and how Tyler, the Creator, became famous. Let’s begin.

Tyler grew up in Ladera Heights in California, and he was super creative from a young age since he tried every instrument, drew pictures, and started recording early. Tyler worked at Starbucks while in school, but his main focus was always music. Back in the day, the number one social media platform was MySpace, and that’s how his stage name was born since the name came from his original page.

And what you know today as Odd Future was formed by Tyler when he was only 16 years old, a collective with various other producers, rappers, etc. He led the collective with Earl Sweatshirt, and they attracted immediate positive claims, which led to forming a large fanbase overnight. And though Odd Future became successful, Tyler, the Creator was also focused on his solo career, and in 2008 he released the mixtape called Bastard.

Tyler became popular quickly, and being in the company of top-rated rappers, and hip-hop performers helped the journey even more. This type of success meant that it was time for a full-length studio album to be released, which he did back in 2011, titled Goblin. Of course, Tyler was greeted with positive reviews and feedback from music critics and fans all over the globe. Also, this album made Tyler an excellent commercial performer since it made some fantastic sales.

But since Tyler is super creative, the fame became even bigger also because a sketch-comedy TV show about Odd Future named Loiter Squad debuted on television back in March 2012. Therefore, fans had the chance to see the ‘’crazy’’ world of the music of Odd Future, and it became a cult classic.

No Group, No Problem

Unfortunately for many fans, the collective Odd Future broke apart back in 2015, and Frank Ocean and Earl Sweatshirt had already found success by themselves, and the group faced internal tensions. Still, this remains a mystery since there wasn’t a statement released from Tyler or anyone else at the time.

Nevertheless, this didn’t stop Tyler; in fact, he released his third studio album in 2015 by the name of Cherry Bomb. This album was a step further into R&B music and Neo-Soul while still having some of his hardcore rap and hip-hop style. And only two years later, he released another one titled Flower Boy, which brought even more significant success since he was nominated for Best Rap Album at the Grammy Awards.

By 2020, Tyler, the Creator, was a music superstar, and he finally got the win at the Grammy Awards for his studio album IGOR for Best Rap Album. Furthermore, he also provided an excellent Grammy performance for the audience and fans watching all over the world.

Now Tyler was one of the best rappers and hip-hop performers, without a doubt, and he already had created some impressive albums, fashion trends, and hit tracks. No one could doubt his music success anymore, not even the haters, since Tyler established himself as one of the leading music stars in the industry.

Also, he prepared and released his next studio album by the name of Call Me If You Get Lost last year, which was also credited by fans, music critics, and music awards, and it peaked high on charts globally. This album brought him yet another Best Rap Album Grammy Award, so it’s evident who is now considered the best rap performer.

He Collaborates with the Best

Of course, his old friends are also on this list, such as Frank Ocean and Earl Sweatshirt, but he has also collaborated with legendary performers like Jay-Z, The Weeknd, and the late Mac Miller. It will also be interesting to see with whom Tyler collaborates in the future on his following tracks and studio albums.

Be as it may, it’s undeniable that Tyler, the Creator, is one of the most successful and famous rappers today, so buy Tyler concert tickets as soon as possible to enjoy his live performances.

5 Games You Must Try At The Casino Read More
TTeknologi
The technology industry is a fast-growing industry with a lot of career opportunities. An area of technology that… 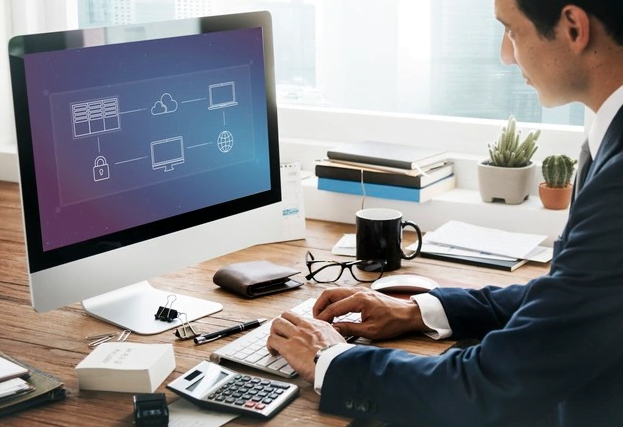