It’s no secret that Smartphones are becoming better and better with each passing year, and that’s mainly because of what people use them for. While some people might want a higher-end smartphone for running heavier-duty work Apps, the main reason why smartphone manufacturers look to improve their flagship phones every few months is because smartphone users consume more digital-content than ever before (including music via music Apps as well as videos via YouTube), and those numbers only keep rising on a daily basis. However, with so many companies releasing upgraded smartphone models every few months, it can be hard to find a brand-new Smartphone that not only is capable of performing well when used for both work Apps and entertainment Apps (such as music Apps, Mobile games, etc.), but also affordable enough that it won’t end up hurting your wallet. So, if you’re looking for a modern Smartphone that’s reliable enough for performing pretty much any task (even including playing those “more-demanding” mobile games), then the Infinix NOTE 12 G96 Smartphone is a great choice for you to go with.

The Infinix NOTE 12 G96 is an affordable mid-range smartphone that features a 6.7″ FHD+ True Color AMOLED Display, a 50MP Ultra Night Triple Camera and 16MP Selfie Camera, either 128GB or 256GB of Storage Space along with 8GB RAM that’s expandable up to 13GB, both Bluetooth and 4G Connectivity, and a 5,000mAh Li-Po battery that can offer almost 10 hours of battery life.

Launched just recently (16th May 2022) as a more affordable mid-range smartphone that, despite not featuring 5G Connectivity, it still boasts a ton of desirable features (such as its 6.7″ FHD+ AMOLED screen, 8GB of RAM by default, a 50MP Main Camera and the latest Android 12 as its OS, the Infinix NOTE 12 G96 actually makes for a very viable option if you’re looking for a new smartphone for yourself, especially when considering its super-affordable price.

In fact, all that ultimately makes this sleek and fairly powerful mid-range smartphone perfectly capable of taking on some of the best mid-range budget smartphones that are currently available market.

With all that said, let’s have a more detailed look at the Infinix NOTE 12 G96 and check out everything that this distinctive mid-range smartphone has to offer you.

On top of its incredibly slim dimensions, the phone is also quite lightweight, weighing just 6.52 oz. (185 g).

This smartphone also features an ultra-sleek design throughout its very slim body, which means that you can easily fit it inside pretty much any pocket. Still speaking of its design, the Infinix NOTE 12 G96 also portrays a stylish and ultra-modern look.

More importantly, this smartphone also features a reasonably durable construction, with its front-side being made of a high-quality glass (i.e. for its display screen), and its main body (meaning its shell) consisting of a fairly durable plastic frame and plastic back.

Moving on to the smartphone’s different components. Starting with the phone’s display screen, the Infinix NOTE 12 G96 comes equipped with a 6.7″ FHD+ True Color AMOLED Display that boasts a 1080p resolution (1080 x 2400 pixels) with a 20:9 ratio (around 393 ppi density), as well as a typical “industry-standard” 60Hz Refresh Rate.

It’s worth nothing that the phone also integrates a Monster Game Kit that’s used for its gaming-related activities, and this is essentially an immersive gaming system that redefines a user’s gaming-experience through Omnidirectional Optimization.

Then, when it comes its performance, the Infinix NOTE 12 G96 comes equipped with a MediaTek MediaTek MT6781 Helio G96 chipset (12 nm), and this is a brand-new Helio G96 Ultra Gaming Processor that basically combines a fairly powerful Octa-core CPU (x2 2.05 GHz Cortex-A76 and x6 2.0 GHz Cortex-A55) together with a Mali-G57 MC2 GPU.

Then, for the phone’s remaining Hardware Specs, know that this mid-range smartphone can be purchased either with 128GB or 256GB of Storage Space, with the possibility of further expanding its Storage (i.e. External Memory) via a Micro-SD Card, with support up to 2TB capacity for said card.

It’s worth noting that the phone’s Storage Memory is powered by an Optimized Storage Algorithm, which basically works as a clever helper for garbage collection at the back-end automatically.

This not only helps users to fully utilize the phone’s storage space in a better way overall, but obviously, also boosts the phone’s performance quite noticeably. In other words, this Optimized Storage Algorithm ensures that the Infinix NOTE 12 G96 has a smoother and faster operating system.

Moreover, while the phone comes with 8GB RAM by default, customers still have the option to have its RAM extended by an additional 5GB  when purchasing it, which ultimately totals for 13GB of RAM.

Another really noticeable thing about the Infinix NOTE 12 G96 is that the phone also comes equipped with a Graphene Cooling System that consists of a unique cooling design that’s separated into 10 different layers, for which this innovative cooling system is powered by vapor-chamber liquid cooling.

Thanks to this, users will be able to experience up to a 6℃ reduction in the phone’s core temperature in comparison to other mid-range smartphones that are available on the market today.

Not only that, but the phone also comes boasts a Linear Motor Tactile System that’s designed to offer users a variety of haptic feedback based on multiple vibrational methods depending on the usage scenario. As such, no matter if you’re playing a mobile game, texting, or using the phone’s calculator, every setting feels intuitive and unique with each screen touch.

Last but not least, know that for its Operative System, the Infinix Note 12 G96 comes running on Android 12 (via Infinix’s XOS 10.6) straight out of its box.

Note that the phone’s User Interface has a very minimalist and unique touch to it.

Moving on to the phone’s two Camera setups. Starting at the back-side of the phone, we have the phone’s main camera, and this is a 50MP Ultra Night Triple Camera that combines a QVGA shooter with a 2MP depth sensor and with a powerful Quad-LED Flash.

The phone’s 50MP Ultra Night Triple Camera is capable of shooting very high-definition photos at a maximum resolution of 6120p (8160 x 6120 pixels) as well as shooting 2K video (with an average 1440p resolution) at 30fps.

Then, at the opposite side (i.e. front-side) of the phone, we have a 16MP Punch-Hole Selfie Camera that comes discretely integrated at the top-center of the phone’s 6.7″ FHD+ True Color AMOLED Display.

For the phone’s interface, the Infinix NOTE 12 G96 features a simple and reasonably standard interface.

Starting right at the right-side of the phone, we have its Volume Button-Switch, and sitting just below it, its dedicated Power Button.

Integrated within the Power Button itself, the phone also boasts a Side-Mounted Fingerprint Unlock Sensor, which gives user’s some extra security for the phone’s locking / unlocking functionality.

Not only that, but the phone also comes equipped with a set of dedicated Dual-Loudspeakers with DTS (Digital Theater System) – one integrated close to the top-side of the phone and one close to the bottom-side – that are ultimately capable of producing a 360° surround-sound quality.

It’s also worth mentioning that this smartphone is Dual SIM-enabled, meaning that it features a Dual SIM Card Tray, i.e. one slot for a Nano-SIM Card and a separate second slot for an eSIM Card (which you can use as long as your phone-carrier supports the use of an eSIM).

In addition, there’s also a Micro SD Card Slot next to its Dual SIM Tray that, as said before, can be used with a Micro SD Card (up to 2TB memory capacity) to expand the phone’s Storage Space.

Finally, at the bottom-side of the phone, we have the phone’s dedicated USB-C port (for recharging its battery as well as connecting it to a computer or laptop), along with a 3.5mm Headphone Jack that’s located further to the left (or further right when having the phone flipped upside-down), as well as the phone’s Factory Reset Slot in between those.

Regarding the Infinix NOTE 12 G96’s Connectivity specifications, note that this smartphone features Bluetooth Connectivity, Wi-Fi Connectivity (with support to the most common wireless standards – 802.11 a/b/g/n/ac and dual-band – as well as support to WiFi Direct and hotspot), but unfortunately, no support to NFC (which is used for card payments in higher-end Smartphones).

On top of that, this phone also boasts GPS Connectivity (A-GPS), and also integrates multiple sensors, including a G-Sensor, an E-Compass, a gyroscope, a proximity sensor, and a ambient light sensor (which helps the phone’s screen to automatically adjust its brightness settings for saving battery when possible), along with its Side-Mounted Fingerprint Unlock Sensor that was already mentioned before.

Finally, for its power, the Infinix NOTE 12 G96 comes equipped with a non-removable 5,000mAh Li-Po battery that can offer you almost 10 hours of battery life.

When it comes to charging the smartphone’s battery, know that its 5,000mAh Li-Po battery supports 33W Flash Charging, so charging shouldn’t take you more than a couple of hours.

It’s also important to note that the phone’s battery works based on a XArena-Darlink 2.0 Algorithm that learns your usage patterns in order to optimize the phone’s battery-usage and memory-usage, which consequently helps to regulate its temperature. This ultimately helps users to maximize the smartphone’s performance, and that’s all done automatically.

To put it simply, this gives you access to multiple windows with a swipe on the screen, enabling you to switch between tasks quicker than ever, and each window’s size is also fully-adjustable.

As we all know, a user’s privacy matters more than anything else. Still, these days, any App can potentially use a user’s data inadvertently. To directly address and prevent that issue, the Infinix’s XOS 10.6 Operative System also boasts its own Privacy Technology, which ensures that no Data is passed to each and every App installed in the phone without your permission.

The way this works is by having the phone’s Infinix’s XOS 10.6 Operative System providing precise or approximate location GPS options to protect a user’s privacy. Furthermore, the phone’s OS will also remove the permissions from the apps that haven’t been used for a couple of months to ultimately guard a user’s data security, and consequently, to save storage space.

The Infinix NOTE 12 G96 is an affordable mid-range smartphone that features a 6.7″ FHD+ True Color AMOLED Display, a 50MP Ultra Night Triple Camera and 16MP Selfie Camera, either 128GB or 256GB of Storage Space along with 8GB RAM that’s expandable up to 13GB, both Bluetooth and 4G Connectivity, and a 5,000mAh Li-Po battery that can offer almost 10 hours of battery life.

All in all, this mid-range phone makes for a very viable option for anyone to go with, especially when considering its super-affordable price.

If you’re interested in buying it, know that the shorter-capacity 128GB + 8BG RAM model is currently going for xxxxx (approximately $199 / 185€), while the higher-capacity 256GB + 8BG RAM model is priced just slightly higher at xxxxxx (approximately $219 /203€), so for just an extra $20, we’d highly recommend our readers to seriously consider going for the bigger Storage option.

Each purchase also comes accompanied by a 1-Year Warranty. You can order yours online right now, directly from Infinix’s official shopping page.

Read More
TTeknologi
The technology industry is a fast-growing industry with a lot of career opportunities. An area of technology that… 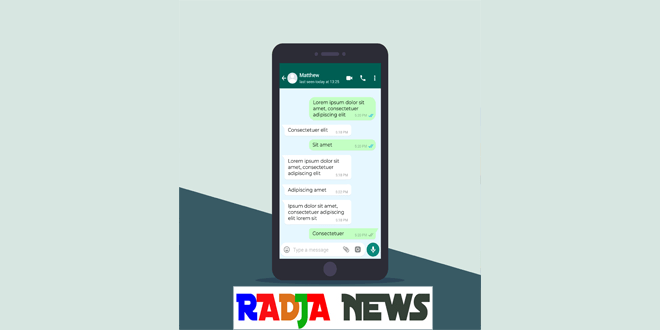