Nowadays, pretty much any music lover out there has a pair of wireless earbuds for indulging in their daily music-listening. Still, in these days, finding a pair of reliable true wireless earbuds that not only feature multiple quality-of-life functionalities (such as an extended battery life, built-in Controls, and also Voice Assistant support) but that also come at an affordable price is easier said than done. With so many Audio Brands now flooding the earbuds market with newer and better models, finding a pair of wireless earbuds that’s both versatile and affordable can be somewhat complicated, especially when accounting for the wide variety of models you have available to choose from. Nevertheless, there are some newly released models of true wireless earbuds that check all of those boxes, and the Yamaha TW-E5B Earbuds is definitely one of them.

Coming in a stylish look and designed with high-performance audio in mind, these true wireless Bluetooth earbuds are equipped with 7mm Dynamic Sound Drivers which are powered by Yamaha’s original True Sound technology to provide you with a next-level sound quality for listening to your favorite tunes and an outstanding voice-call quality.

Not only that, but they’re Ambient Sound Mode is truly awesome, as it allows you to stay aware of your surroundings at all times, even while listening to music.

Now, let’s have a more detailed look at them and check out everything that the Yamaha TW-E5B Earbuds have to offer you.

Starting with the Yamaha TW-E5B Earbuds’ size, these true wireless Bluetooth earbuds come at a reasonably compact size. Not only that, but these sleek earbuds are also fairly lightweight, as each earbud only weighs 0.23 oz. (6.52 g).

Not only are these true wireless earbuds ultra-portable, but they also display a very minimalist and ultra-modern design, as their outer shell comes in a single solid / flat color (either Black, Light Gray, Dark Blue, or Light Brown), along with some very discrete color-accents for both their built-in Button Controls and for the company’s Logo (which is stamped on the earbuds’ outwards-facing flat-side).

Now, when it comes to actually wearing the TW-E5B Earbuds, it’s also worth noting that these true wireless Bluetooth earbuds feature a unique ergonomic design, as they have an ergonomic groove shape with an original curved structure that ergonomically conforms to a user’s ear.

The TW-E5B’s unique ergonomic shape basically helps these earbuds to anchor themselves onto the bottom-ridge of a user’s ears, ultimately locking them securely in place.

Not only does the earbuds’ ergonomic design helps users to achieve a truly comfortable and very secure fit, but it also ensures that users are always able to get a proper seal (i.e. from their surrounding environment) so that they can have an optimal sound quality at all times while wearing the TW-E5B Earbuds.

Still in topic of the Yamaha TW-E5B Earbuds’s overall comfort, it’s also worth to mention that these true wireless earbuds also come together with four (x4) sets of Detachable Eartips of different sizes (XS, S, M, and L) included in their package, with the earbuds themselves already coming pre-equipped (inside the package) with the M-sized eartips by default.

Essentially, these extra three (x3) sets of Detachable Eartips (XS, S, and L) ultimately allows users to personally customize the earbuds and ultimately ensure they can get a perfect-fit, no matter their ear’s shape and/or size.

This basically makes these true wireless Bluetooth earbuds perfect for listening to any sort of audio content (such as music, podcasts, online radio, etc.) anywhere and at any time of the day, whether you’re going through your daily commute or while you’re on-the-go, as well as for times when you’re practicing sports (either indoors or outdoors).

Last but not least, we also have the earbuds’ dedicated wireless charging case, which, just like TW-E5B Earbuds themselves, also comes at a fairly compact size, measuring just 2.58 inches long by 1.32 inches wide by 1.96 inches tall (65.53 x 33.52 x 49.78 mm), and their charging case is also fairly lightweight.

Just like the TW-E5B Earbuds, their dedicated charging case also features a simple, minimalist, modern and very discrete design. Furthermore, the case itself is also quite durable as well as water-resistant against any sort of water-splashes.

Moving on to the earbuds’ audio specifications and their audio quality. Starting with the earbuds’ sound-components, know that the Yamaha TW-E5B Earbuds come equipped with a unique Sound System that combines a 7mm Dynamic Sound Driver Unit (one on each earbud) and a high-end Sound Nozzle together with a clever internal design that’s focused on airflow and acoustic space.

To be a little more specific, and as said before, the TW-E5B Earbuds’ internal Sound System is powered by Yamaha’s True Sound Technology (which combines Yamaha’s Acoustic Sound and Electric Technologies), for which the earbuds’ Sound System is also precision-optimized to deliver remarkably dynamic, well-balanced and spacious sound.

In sum, the Yamaha TW-E5B Earbuds are designed to deliver great audio quality with an extraordinary realism, detail and clarity all together. All in all, these earbuds are capable of reproducing all the details you’d want to hear in any song. This includes crystal-clear highs (high-frequency sounds), very smooth mids (meaning mid-frequency sounds such as mid-range vocals), and also a truly rich and very punchy bass (low-frequency sounds like beats).

Note that the earbuds’ 7mm Dynamic Drivers feature a Frequency Response that can vary between 20 Hz and 20 kHz.

More specifically, the earbuds’ microphone is powered by Qualcomm’s cVc (Clear Voice Capture) Technology, which ensures that users are always able to get an enhanced voice quality for a crystal-clear sound while using the Yamaha TW-E5B Earbuds during their voice-calls.

Now, while these earbuds are cleverly designed to deliver a very rich and quite immersive sound quality, they’re also designed with hearing-health in mind. That’s because the Yamaha TW-E5B Earbuds also boast a Listening Care smart-functionality that works based on an intelligent equalization of the earbuds’ produced sound.

To be little more specific, the earbuds’ Listening Care Mode essentially works like a listening hearing-healthcare functionality, which the company says can help you listen at lower sound volumes without any loss of quality.

In sum, this is a very useful (and also very important) functionality for anyone who wants to avoid the possibility of noise-induced hearing loss (NIHL).

On top of every sound-related functionality already mentioned above, know that the Yamaha TW-E5B Earbuds also feature an awesome Ambient Sound Mode that when enabled, allows users to stay aware of their surroundings at all times, even while listening to music.

Last but not least, it’s also worth noting that since these true wireless Bluetooth earbuds come equipped with an internal Microphone, they consequently also feature Voice Assistant Support for both Siri and the Google Assistant.

As mentioned before, these true wireless earbuds also boast built-in Physical Button Controls, which are directly integrated at the top-outer-edge of each earbud, and the earbuds’ built-in Button Controls are comfortable to press and also quite easy-to-use.

Via the earbuds’ built-in Physical Button Controls, users can control the earbuds’ volume-level, as well as manage phone calls, track control, and more.

Now, it’s important to note that there are two (x2) separate sets of built-in Physical Button Controls, as the Left-Earbud only integrates a Function Button, while the Right-Earbud integrates a Plus (+) Button and a Minus (-) Button. 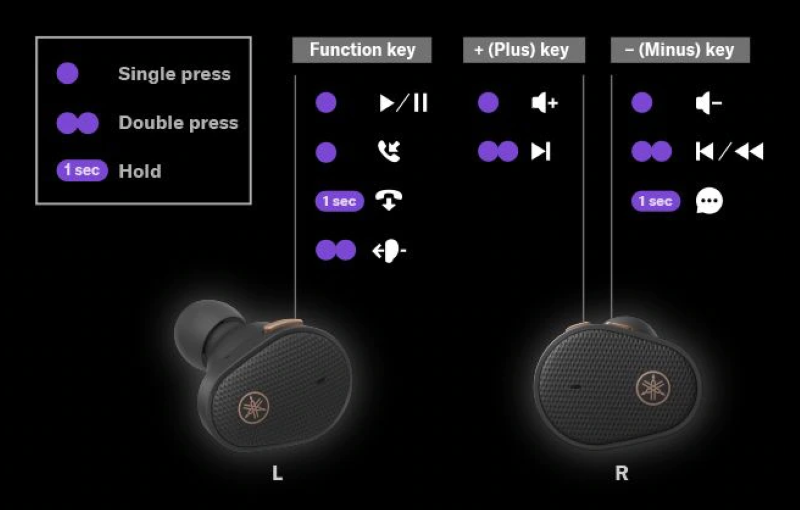 Alternatively, by performing a single-press on the Right-Earbuds’ Minus (-) Button, users can Decrease the earbuds’ Volume-Level, while double-pressing that same Minus (-) Button allows users to Skip Backwards from their currently playing soundtrack.

Finally, pressing and then holding the Right-Earbuds’ Minus (-) Button for 1 second allows users to activate the earbuds’ Voice Assistant support (either for Siri or for the Google Assistant, whichever one your Smartphone supports).

For establishing their wireless connectivity, these true wireless earbuds boast a very-stable wireless Bluetooth 5.2 Connectivity that works based on Qualcomm’s TrueWireless Mirroring technology, for which the earbuds support a maximum wireless range of 32.80 ft. (10 m) when connected to your main device (i.e. Smartphone or tablet) without any interference.

It’s also worth noting that these use Qualcomm aptX Adaptive as their Bluetooth audio codec, for which having aptX Adaptive as an available Bluetooth codec can greatly help the E5B’s 7mm Dynamic Sound Drivers to deliver better sound quality when used with a compatible Android smartphone.

In addition to the earbuds’ state-of-the-art Bluetooth 5.2 Connectivity, the Yamaha TW-E5B also boast a Gaming Mode that once enabled, further reduces the audio-latency (meaning the “lag”) between sound and video when watching videos or playing mobiles games.

Lastly, for their battery, each earbud comes equipped with a small built-in rechargeable Lithium-Ion Battery that can offer you up to 8.5 hours of battery-life (for music-listening and for voice calls) on a full charge.

In addition, the earbuds’ dedicated wireless charging case also comes equipped with a larger and reasonably more powerful built-in Lithium-Ion Battery that can offer you an additional 21.5 hours (meaning 2.5 (two-and-a-half) extra 8.5 hour-charges) for the earbuds.

Ultimately, the Yamaha TW-E5B Earbuds can offer you a total of 30 hours of battery life (when having the earbuds’ as well as their dedicated wireless charging case both fully-charged).

Finally, know that these true wireless Bluetooth earbuds also feature support to Quick-Charging, for which a simple 10-minute charge will give users an additional one hour of battery-life.

Best of all, users can also download the Yamaha Headphone Control App to customize the earbuds’ many different settings, for which the App is available to download for free for both iOS and Android devices.

WHAT’S IN THE BOX?

Inside each package, users will find: their Yamaha TW-E5B Earbuds, along with the earbuds’ dedicated wireless charging case and its USB-C Charging Cable, as well as four (x4) sets of Detachable Eartips of different sizes (XS, S, M, and L), and also a Quick Start Guide and a Safety Brochure Package.

All in all, the Yamaha TW-E5B make for a great option of true wireless Bluetooth earbuds for you to go with, boasting every quality-of-life functionality you’d expect to have on a pair of wireless earbuds that are specifically designed for modern-living.

If you’re interested in buying them, each pair is currently priced at just $149.95. You can order yours online right now, either directly from Yamaha’s official shopping page, or if you’d prefer, you could instead get them from Amazon. 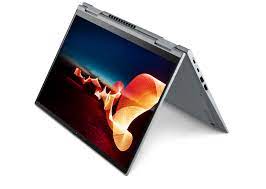 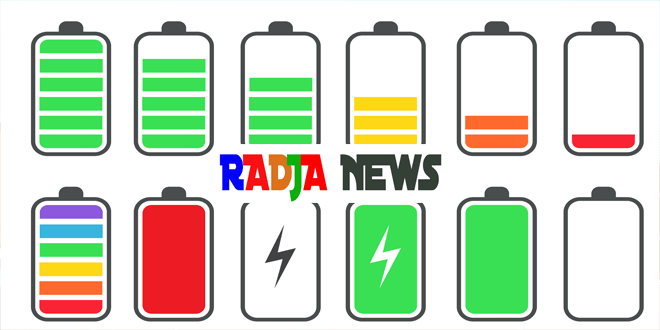